Cooler Master’s reputation speaks for itself. Its many products have always been on the list for anyone looking for stylish, well built, affordable hardware. The Nepton series is the latest entry into Cooler Master’s line-up of water cooling solutions 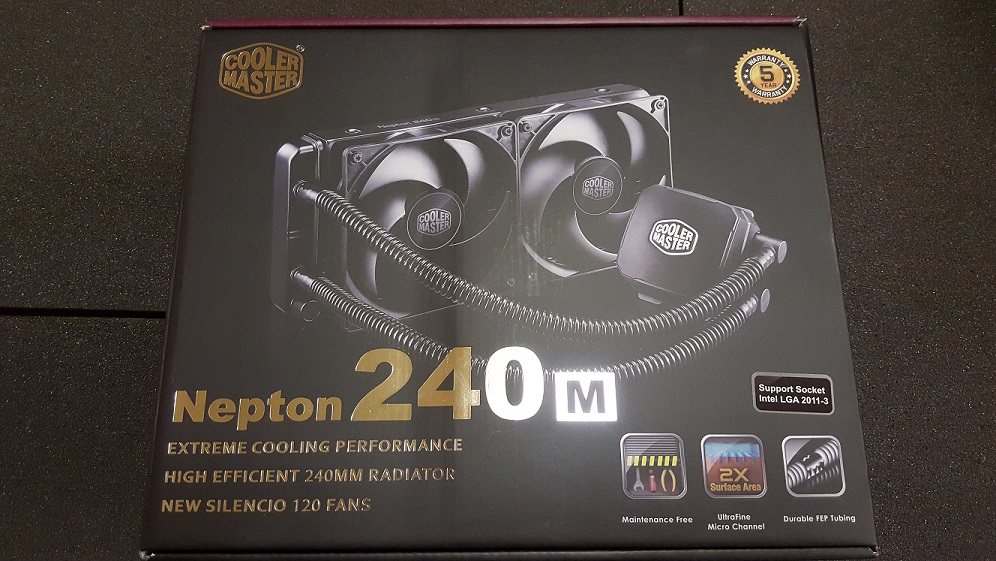 The box itself is stylish and quite simple with the AIO itself presented against a black background with some stand out elements embossed in gold foil writing such as the Cooler Master logo, Extreme cooling performance, High efficient 240mm radiator and of course the New Silencio 120 fans.

The Nepton 240M also boasts an impressive 5-year warranty along with Double FEP tubing, an ultrafine micro channel water block and it being maintenance-free. 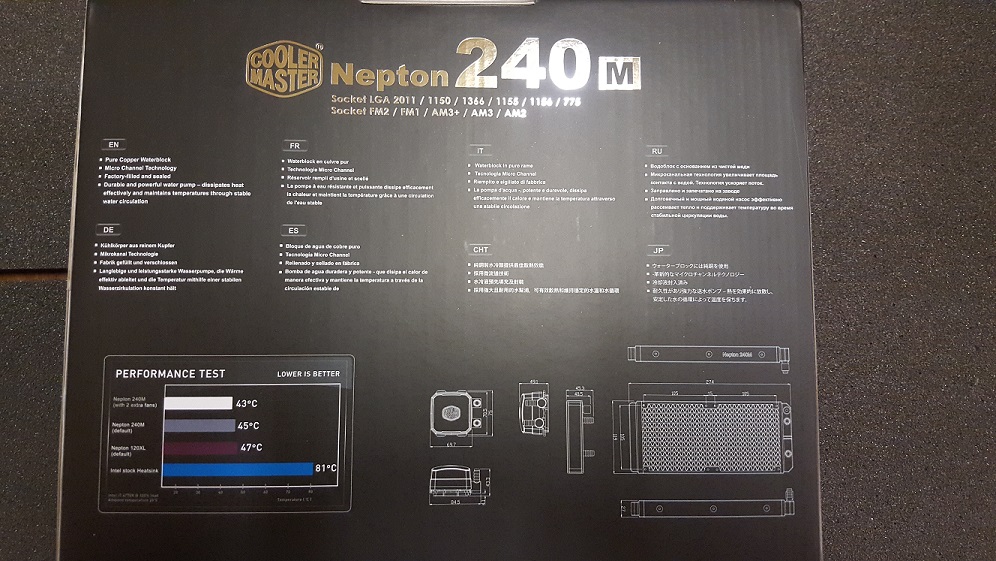 Going over to the back of the box we see all the dimensions for the radiator and pump block which is very helpful when looking to see if this cooler is compatible for your case. 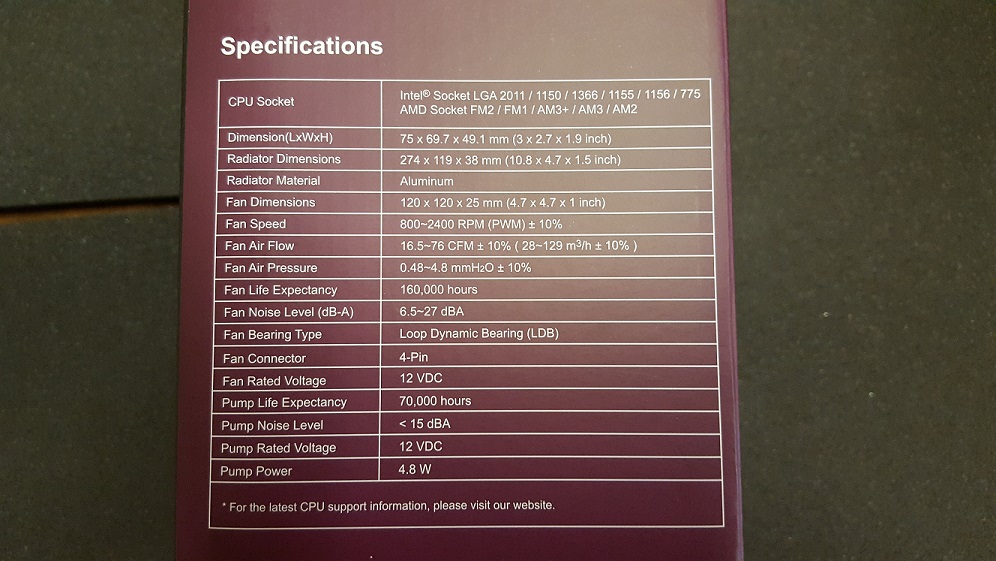 The Nepton 240M specs are quite impressive for an AIO in this price range, The new PWM Silencio 120mm fans are quiet yet produce good static pressure and airflow.

The radiator is aluminium but that’s expected in this price range and since this is an AIO there isn’t any danger of corrosion happening. 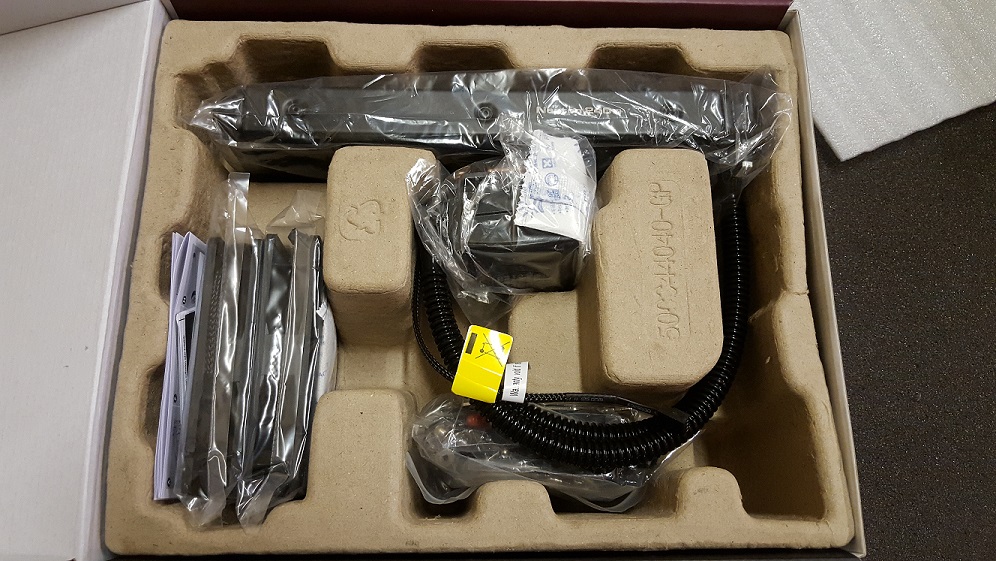 The packaging is fairly plain with a piece a foam protecting the components, plastic protective bags are on every component and placed in a firm carton made from recycled paper which does a good job of keeping everything in it’s a place during shipping. 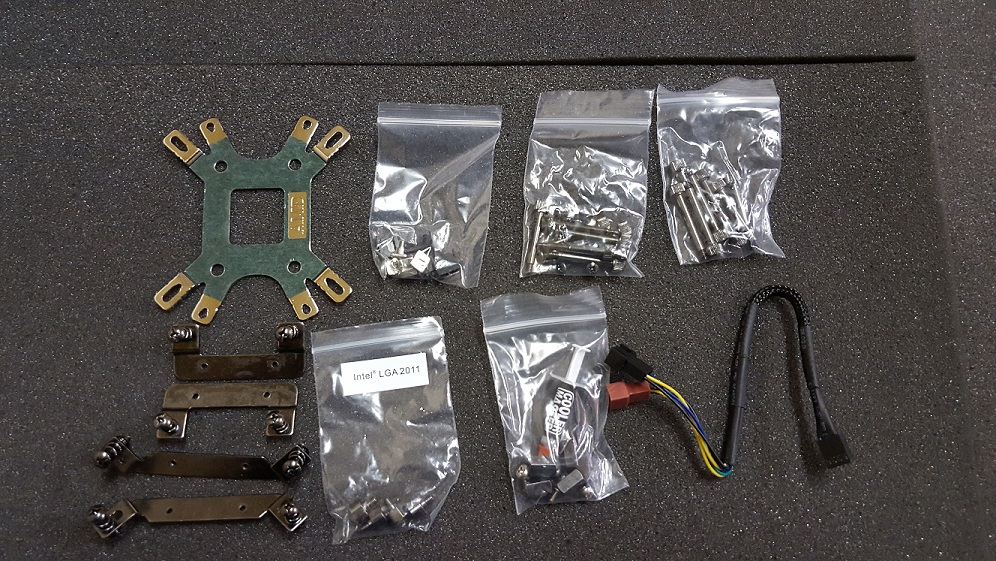 Here we have all the mounting screws and accessories. The Intel and AMD backplate, the various screws for the pump block, fans and radiator, Mounting brackets for either AMD or Intel, some Cooler Master thermal compound and the 2 into 1 fan cable which is mostly sleeved. 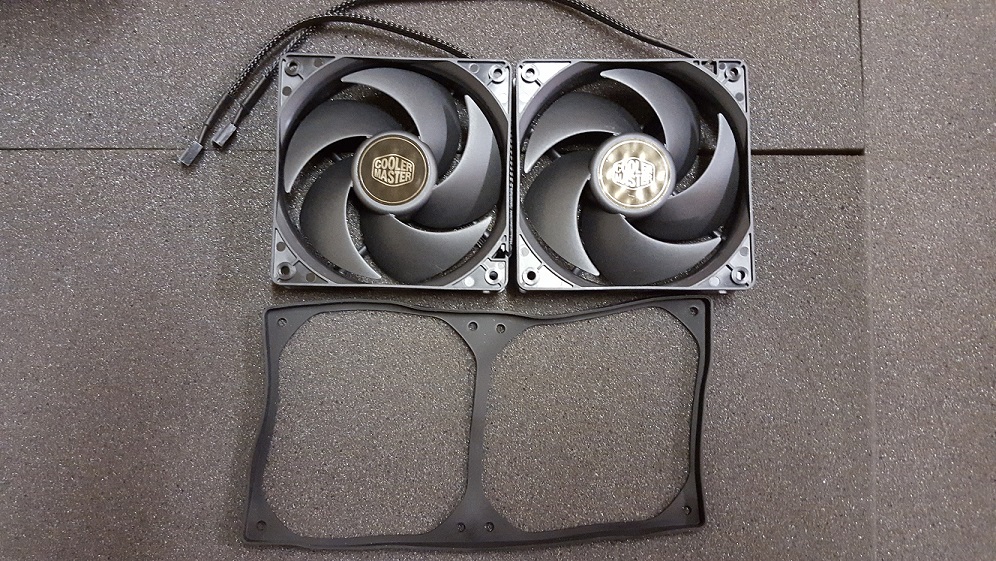 These are the new Silencio 120 fans, they feel well built and solid. They push up to 77CFM at 2400rpm while only producing 27dBA, quite impressive.

We also find a silicone fan gasket specially made for the Nepton 240M to go in-between the radiator and the fans to help reduce vibration noise. 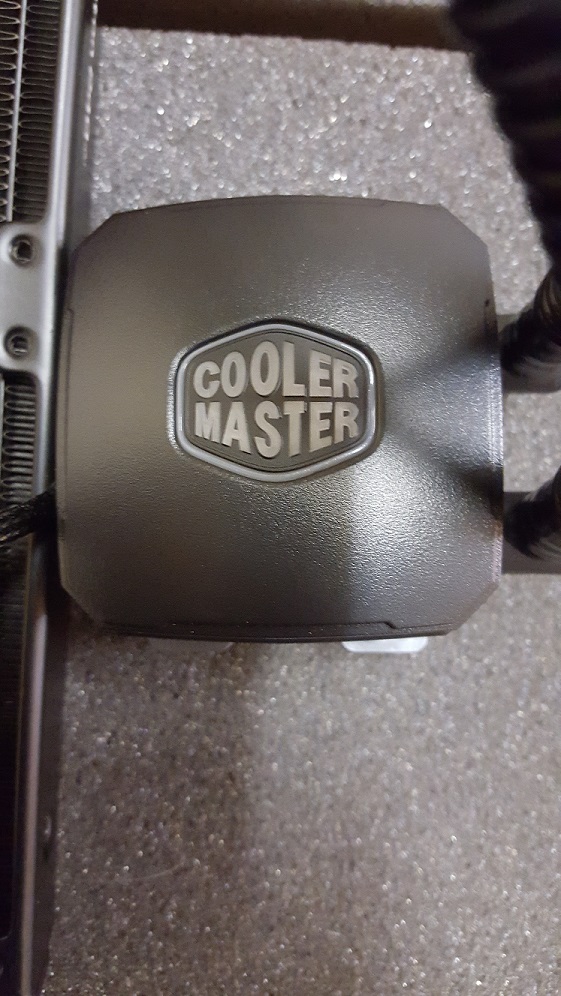 Here is the pump head, the 3 pin power cable is fully sleeved and it has a white LED that shines through the Cooler Master logo when powered on, I would have preferred it to be an RGB LED personally just so it can match a little better with peoples builds. 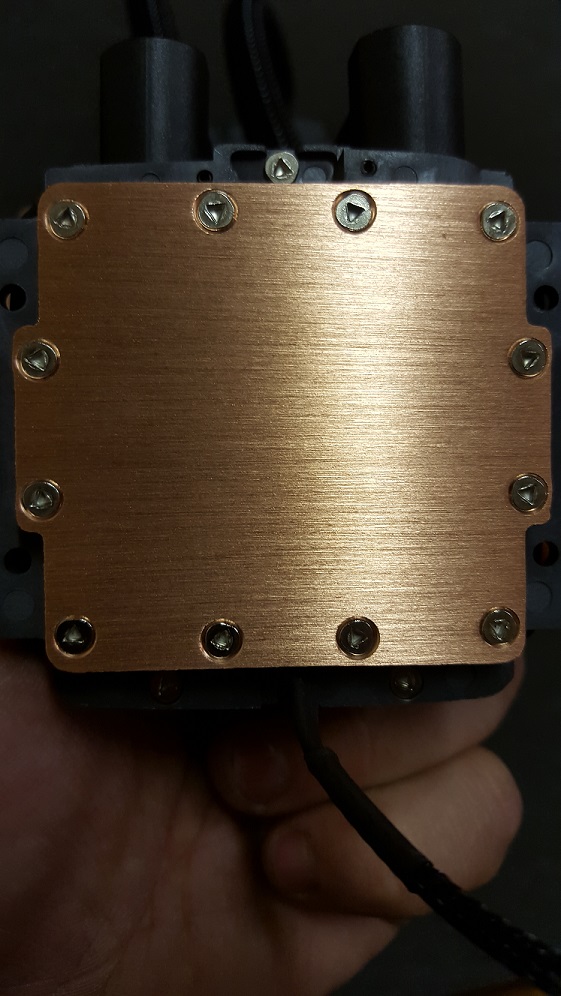 Ok, here is the business end of the Nepton, the cold plate has a decent finish but still not the near mirror polish we all like to see but this shouldn’t have a big impact on temps.

There is a protective sticker over this but I removed it before taking the photo to eliminate any glare from the flash. 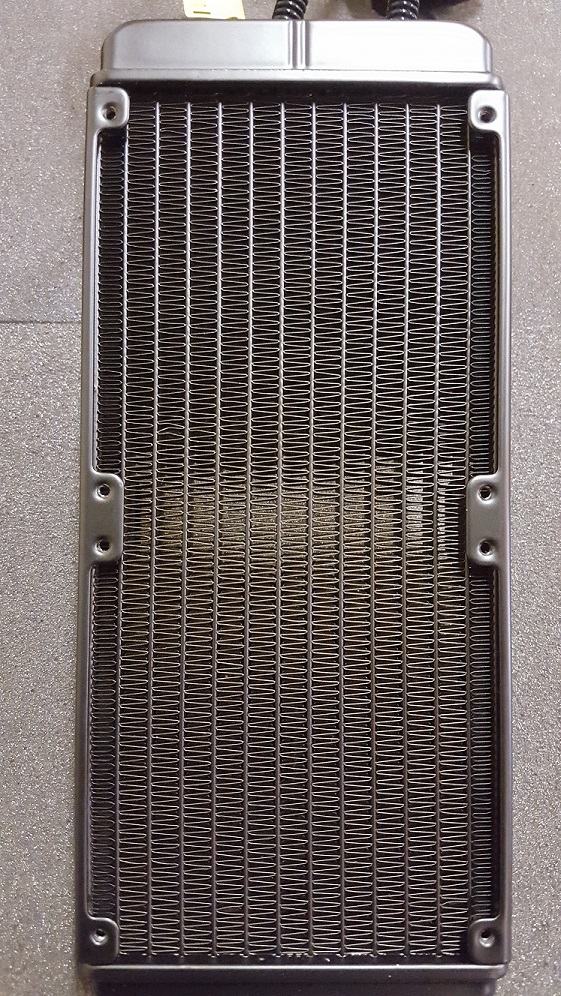 Here is the radiator and it looks good, fins are at a good spacing and there are very few fins out of place or bent 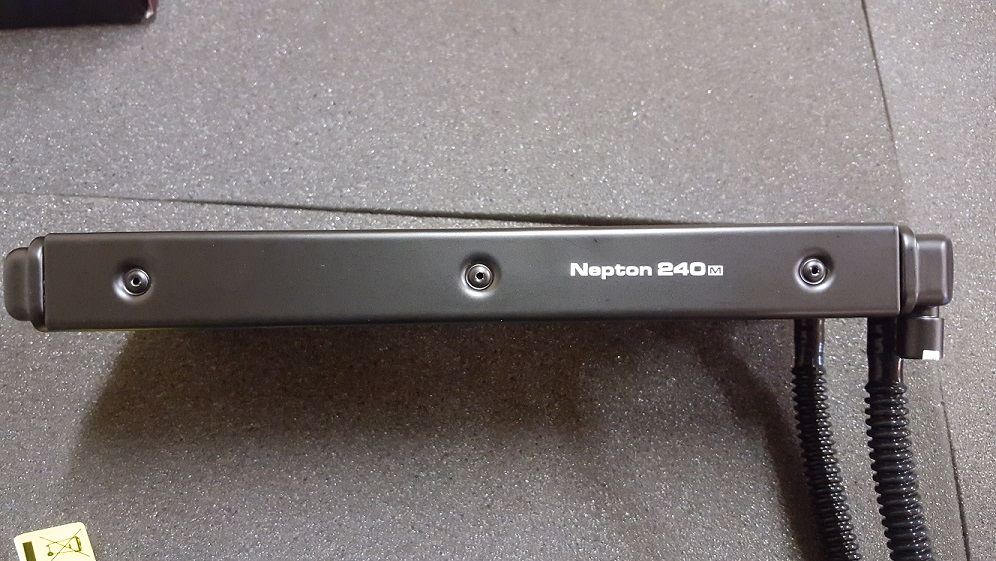 On both sides of the radiator, there are protective plates with the product name on them in nice simple white writing. 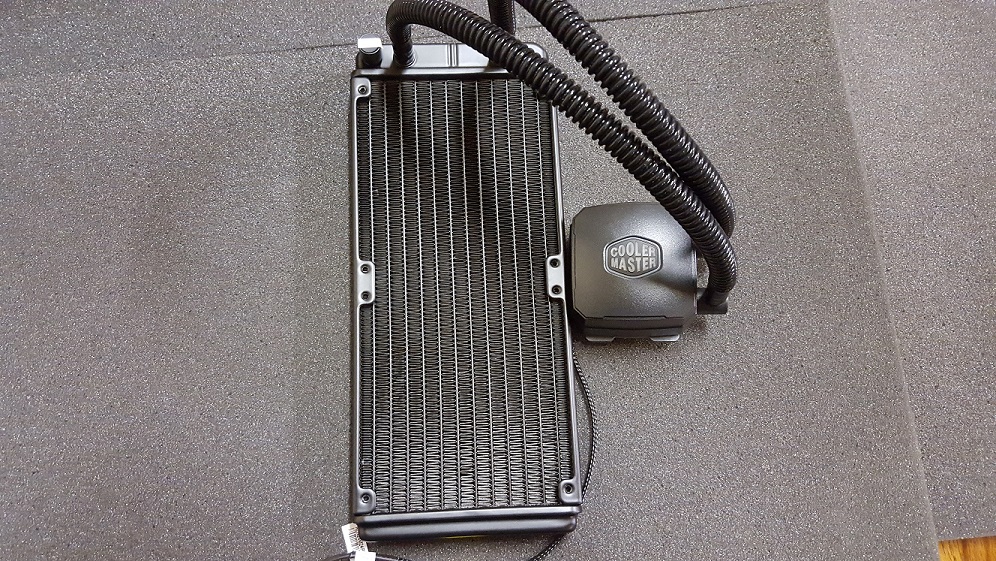 As a whole, this unit is quite aesthetically pleasing and the tubing is more flexible than I expected but not to the point where kinking would become an issue.

Mounting this cooler was pretty easy as the last thing on my Testing rig was a Cooler Master Hyper 212X and this was great news as the backplate and mounting system was exactly the same for the Nepton (Minus the brackets for the pump/block) so installation was a breeze. 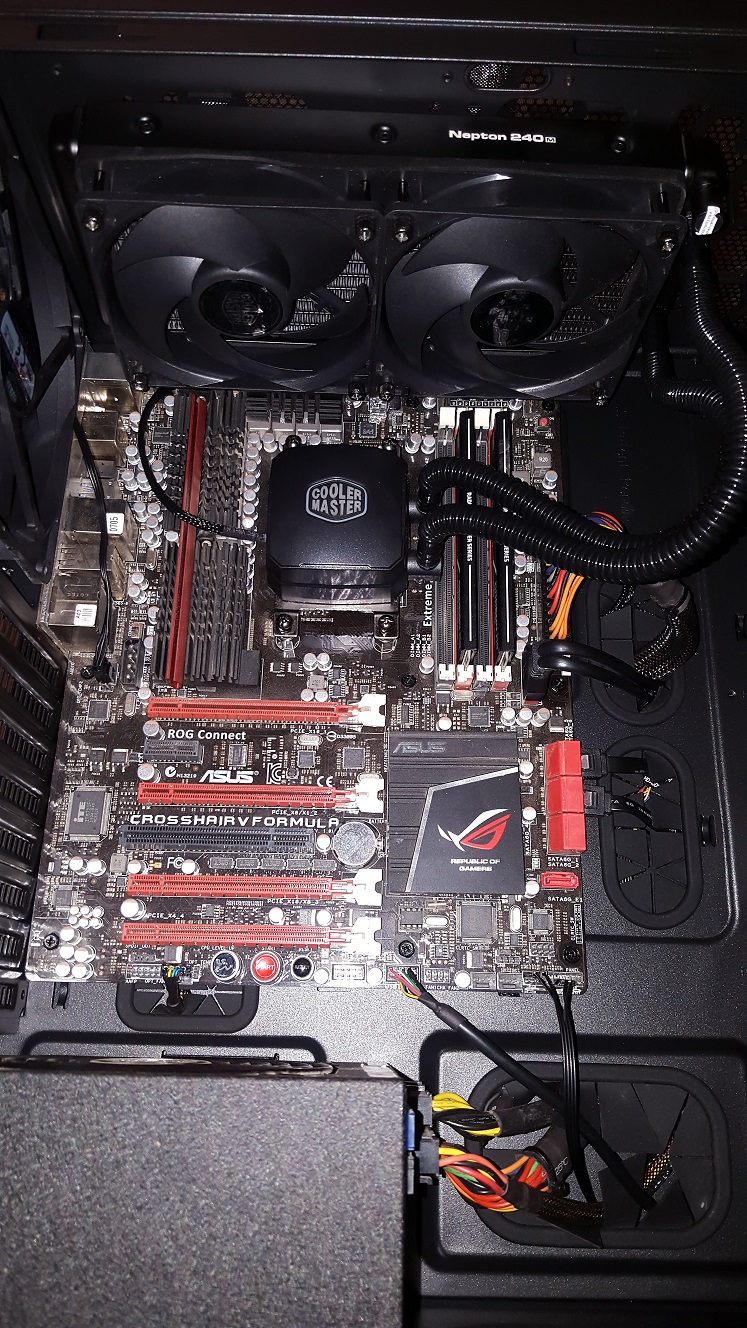 But that said for those that don’t have a Hyper 212 already this cooler is quite easy to install and the instructions are very clear.

I’ll be testing this cooler using Asus ROG Realbench with various CPU clock speeds and with the fans set on standard and full speed, Ambient temperature is 24c. 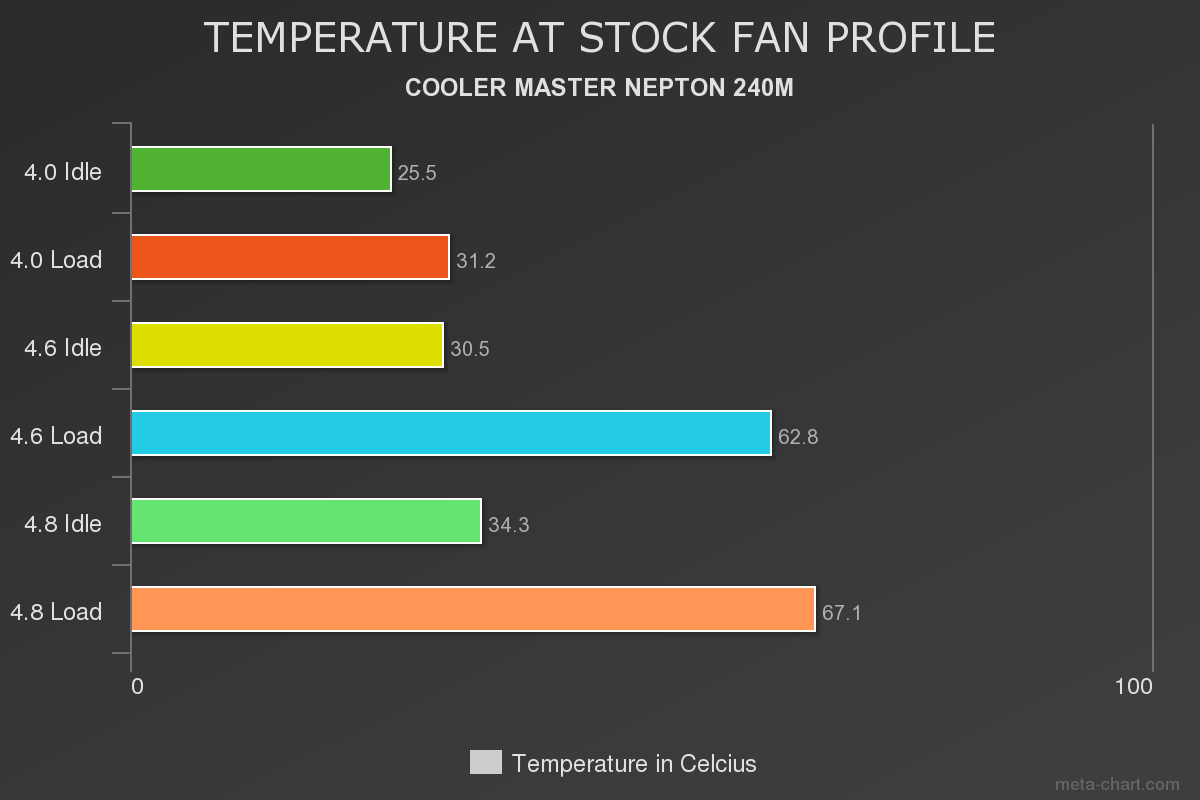 With the stock fan profile, this cooler can handle my FX-8350 fairly well at 4.6Ghz but at 4.8Ghz it starts to push into a higher than comfortable temperature range. 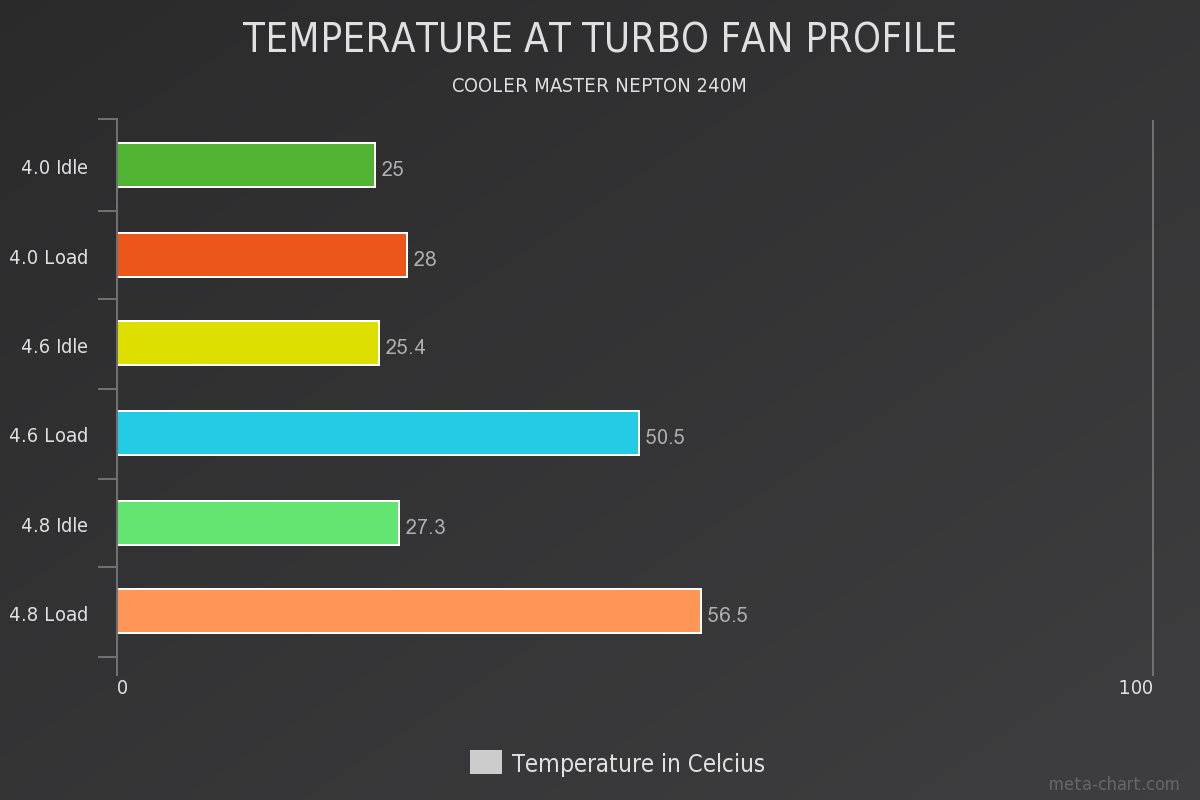 With the fans set to Turbo within BIOS we can see that this cooler does a lot better than stock and the noise is quite easy to live with, it’s nowhere near as loud as previous Cooler Master fans that I’ve used.

I think that based on impressions and performance that this AIO punches above it’s price point, It’s stylish, well built and has good performance, The fans are probably the highlight of this cooler for me, Cooler Master’s Silencio fans are much much better in terms of static pressure for noise produced than most other fans from the company.

Cons to this cooler are the LED on the block, I wish it had more colours than just White and the pump head does feel very hollow but it isn’t a deal-breaker.

Pros are the tubing, flexible yet stiff at the same time, the looks are a plus and the mounting system is quite easy and firm.

Is Cooler Master’s Nepton 240M worth buying though?

It ticks most of the boxes: looks, price, and low noise thanks to the new fans.

The performance isn’t bad for the price at all and even at full fan speed it manages to stay relatively quiet so I’d definitely put the Nepton 240M on your list if you are looking at a 240mm AIO for your PC.

A big thank you to Cooler Master for supplying me with the Nepton 240m and HAF Stacker 935 for testing.